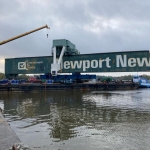 Cashman Equipment Corp. was contracted by Sarens USA in September 2020 to charter two 250’ Class ABS deck barges, the JMC 256 and JMC 259, to support the demolition of the Green Crane at Newport News Shipyard (NNS).  Sarens USA was awarded this Contract in July 2019.  NNS is dedicated to the US Navy providing maintenance support, as well as…

Cashman Equipment Corp., is pleased to announce the continued expansion of its global barge fleet with the addition of three large ballastable deck barges, measuring 330’ x 100’ x 20’.  The newly acquired barges, named the JMC 3339, JMC 3340 and JMC 3341, are currently based within Cashman Equipment’s Gulf of Mexico fleet and are available for worldwide deployment. 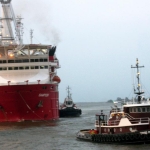 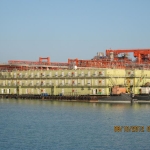 In October 2008 Cashman Equipment Corp. (CEC) was contracted by Ersai to design, construct, deliver and operate two Floatels. Each vessel was required to provide a minimum POB of 250. The marine accommodation vessels were required to be fully autonomous for a minimum of 12 days on location. Cashman Equipment constructed 90% of both vessels in Amelia, Louisiana. This work took… 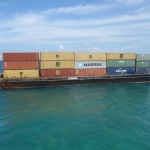 In September 2012, Cashman Equipment supported TITAN Salvage’s emergency response to a container ship grounded in Cuba. The containership was en route from Santiago de Cuba to Havana, Cuba, when it came ashore after losing power during Tropical Storm Isaac in late August. Following the grounding, TITAN contracted with Cashman Equipment to provide a deck barge for lightering of cargo and to support the… 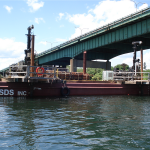 The project consisted of the installation of foundation support systems for the Sakonnet River Bridge Project which included furnishing and installing approximately 7,338 LF of 72” pipe piles within the Sakonnet River, as well as, furnishing and installing approximately 51,525 LF of H-Section Steel Piles for the land-based foundations.  The installation of the 72” pipe piles required the design… 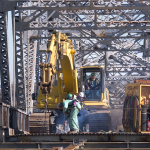 The project consisted of demolishing and disposing of the Old Jamestown Bridge between the towns of North Kingstown and Jamestown in Rhode Island. The demolition portion of this contract was approximately 5,332 feet of bridge spanning the West Passage of Narragansett Bay and included the removal and disposal of 6,000 tons of steel and 38,000 cubic yards of concrete. 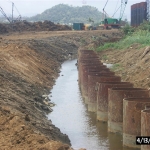 This project was located in San Juan, Puerto Rico. This heavy and marine construction project involved pile load testing, pile driving of 18” diameter pipe piles for foundation support for structures, concrete piles, 48” diameter pipe piles with steel sheet diaphragms for cantilever retaining walls along the Puerto Nuevo River retaining a highway on one side of the river… 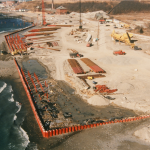 This project involved construction of the pier and bulkhead facility on Deer Island, The pier was founded on pipe piles with a cast-in-place concrete deck and included two roll-on roll-off bridges that allowed trucks arriving by barge to drive directly off barges. The bulkhead was constructed of steel sheet piling with a concrete relieving platform built behind the bulkhead.… 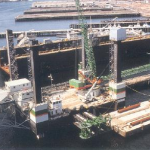 Work related to this project included the installation of 55, 250’ long, 30-inch diameter and 1¾-inch wall thickness FRP risers, lowered and grouted into a predrilled shaft in the seabed. Each riser was capped with a diffuser consisting of a concrete base latched onto a steel casing grouted to the bedrock, an 8 port FRP manifold cast into concrete,… 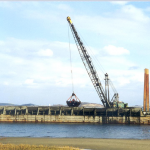 This job included the dredging of approximately 70,000 cubic yards of material including an entrance channel, transition area and mooring/docking basin by mechanical method with open sea disposal of the dredged material.  Difficulties included dredging relatively shallow depths (to -7' below low water) and working with a 10' tide range. 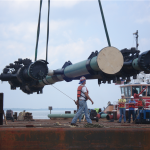 The work associated with this project was part of the Northeast Gateway Project. Cashman Equipment Corp. was hired to transport 18” and 24” concrete coated pipe to Pier 2 in Quonset Point, Rhode Island and load the pipe in a sequence determined by Horizon Offshore onto ABS barges.

Work included two roll-on roll-off bridges that allowed trucks departing by barge to drive directly onto barges. The bulkhead was constructed of steel sheet piling with a concrete relieving platform built behind the bulkhead. This construction also included dredging and a large paved parking / staging area and access roads. 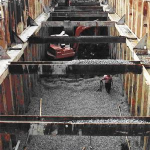 This was one of the early Central Artery/Tunnel projects (known unofficially as the Big Dig). This project involved construction of a pair of concrete combined sewer outfall lines. The outfall was a concrete structure approximately 17 feet wide and 14 feet in height and a combined length of 5200 LF. Part of this outfall was constructed as a post-tensioned prestressed… 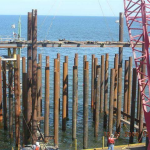 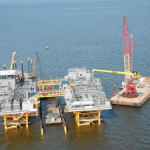 Project involved working as directed alongside Helis Central Facility in Black Bay, Louisiana. The JMC 86 (a 4100 Manitowoc/ Ringer mounted on a 250' x 72' deck barge) was utilized to set all heavy production equipment, cross over bridges, compressors and rig mounted hydraulic cranes. Production equipment was transported to Black Bay on Cashman Equipment deck barges and was then lifted into… 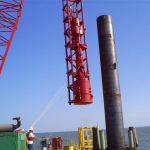 Project involved fabricating piling jigs and installation of one (6) pile well protector. One 48'x120' pile for helideck and one (8) pile platform for production equipment. All work was done on location in West Cameron Block 2 of the Gulf of Mexico. Cashman Equipment Corp. installed all piles and then installed pre-fabricated platforms into positions as well as installing two connecting bridges… 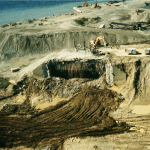